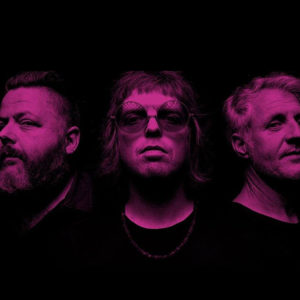 Bursting back on the scene this year with their highly anticipated seventh studio album, much-loved indie rock trio EVEN have announced their ‘Satin Returns’ album tour, kicking off in Sydney this September at Marrickville Bowlo.

Packed full of eleven indie rock gems ‘Satin Returns‘ was recorded over many sessions in many studios over a handful of years and continues the band’s tradition of making impossibly catchy psychedelic pop.

Setting the tone for their new record is the first single from the Album is ‘The Opener’, a song that celebrates Even’s re-emergence. The band have officially released the companion video, which was filmed at the album launch and features live footage of their first ever performance of the song.

‘We reverted to a traditional approach for this clip, no hipster irony, no sub-plots just the band playing live and me mincing in front of a camera while I still have a full rock mop to play with and my trusty old Epiphone Casino 6- string being the true star.’