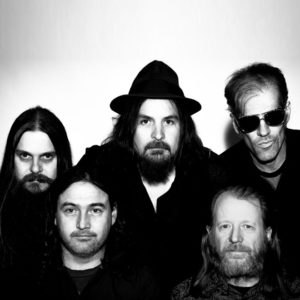 Musical legends in Australia, the ‘stoner rock’ riffs of Wolllongong’s Tumbleweed inspired a whole generation of music lovers when they emerged in 1990s from the seeds of the Proton Energy Pills. Tumbleweed burst onto the scene in a huge way by gaining infamy courtesy of a national support slot to the one and only Australian tour by the legendary Nirvana back in 1992.

Originally signed to the revolutionary Australian independent label, Waterfront Records, the band’s debut release was a 7” single, “Captain’s Log”, recorded by Mudhoney frontman Mark Arm and legendary Seattle producer Jack Endino. With their single “Stoned”, an EP titled Weedseed and the single “Acid Rain” making them bigger by the day, the ‘Weed’s self-titled debut album (out locally on Waterfront Records) was released to massive praise and chart sales, resulting in a rather quick signing to the American giant Atlantic Records’ subsidiary Seed – although that’s another story!

It didn’t take long for Australia’s major labels to realise that a national treasure existed in the fivepiece, after which Polydor Records became the recording home of Tumbleweed in ‘92. (Incidentally, Polydor/Polygram later came under the umbrella of Universal Music Australia). Tumbleweed released the (in)famous albums Galactaphonic and Return To Earth, all the while undertaking countless tours around the country as well as throughout the UK.

Despite their chequered history with its many ups and downs including several band line-up changes, Tumbleweed has survived many an ordeal to prove that they’re still a force to be reckoned with. Sporadically releasing few singles since the release of the Return To Earth, the band hit back in the new millennium with their long awaited fourth album, Mumbo Jumbo, out in June 2000 through Universal Records.